On March 7th, the CIC Halifax branch, supported by the Dalhousie Centre for the Study of Security and Development, hosted a discussion at the Halifax Central Library about the challenges facing Turkey, and what the future may hold for this major regional power and NATO ally.

The conversation was wide ranging and covered many topics. Turkey’s economic and social development since the founding of Republic in 1923 was compared with impressions ofTurkey in 2018, including the gulf between the modern major cities and the relatively poor, conservative countryside. There was detailed discussion of President Erdogan’s early moves to address economic and social priorities and weaken the ‘deep state’ in Turkey, his strong support amongst conservative working class people, and his increasingly authoritarian rule as he consolidates more power and weakens the opposition. The 2016 coup attempt and its aftermath were discussed in detail, including the Gulenist movement, the continuing impact on Turkey and its friends and allies of the state of emergency and the suppression of civil liberties, notably the detention of 50,000 people and the firing of 100,000 more.

Turkey’s ongoing ambitions to join the EU were noted, but assessed as unlikely to be realized in the forseeable future.
There was a fascinating discussion on the Kurdish people in Turkey and the region. This addressed the status of the Kurds in Turkey (an ethnically and linguistically distinct Muslim minority without the constitutionally protected status accorded to minorities of other faiths), the history of violence between the Turkish authorities and Kurdish forces, and the complexity of the regional campaign against ISIS where the Kurds have played an effective and important role, yet are being targeted by the Turkish military in Iraq and Syria.

The Syrian conflict, the scale of Turkish support for up to 3 million displaced persons from Syria within Turkey and the impact of this on the economy were addressed in some detail.

The panelists were guarded about the future of Turkey. While they opined that the odds favoured continuing authoritarian rule, they stressed Turkey’s importance as a regional player and ally of the West and that friendly countries including Canada must not isolateTurkey.

A lively discussion period followed, with questions including the evolution of secular Islam in Turkey, funding of its military, the rule of law, relations with NATO, corruption in government and conditions of the prison system.

The ability of both Dr Kilford and Dr Mutlu to capture enormously complex subjects in brief and understandable terms was quite remarkable and contributed greatly to a very productive and valuable evening. 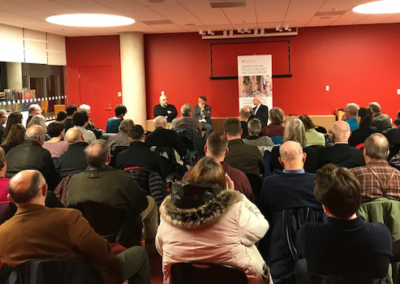 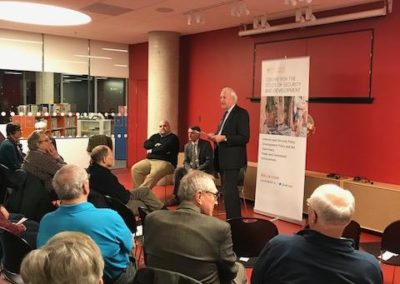 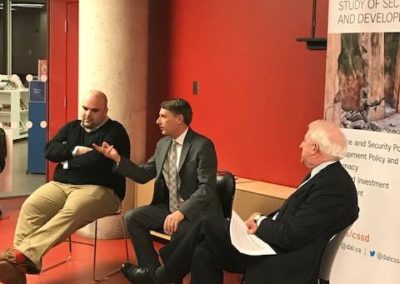 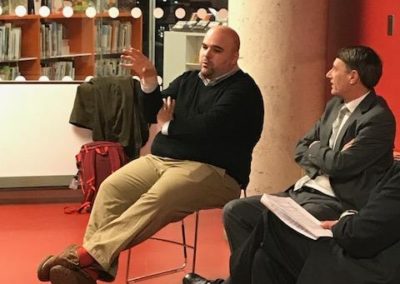 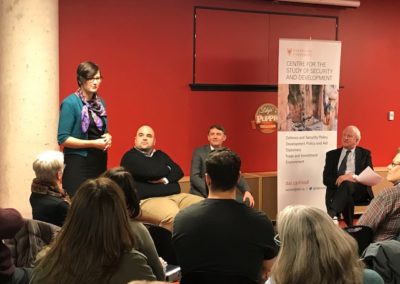