The Perils of Declaring a New Cold War with Russia

When it comes to how we imagine Russia, we can do better; escalation is only enabled when we disengage.

Are Russia and the West engaged in a new Cold War? Vladimir Putin’s revisionist aims in Europe, evidenced by Russia’s 2014 annexation of Crimea, have revived geopolitical tensions. In over two decades since the close of the actual Cold War, we have abandoned our short-lived optimism about Russia, hedged our bets about its potential resurgence with an expanded NATO, and we have come to consider Russia a threat to European security. We now find ourselves in what many have been quick to label a “new Cold War.”

But we have seen this before. When late 20th century hopes for democratic consolidation in Russia faded, and Putin rose to power, quickly clamping down on dissent and abandoning the rule of law, the West balked. When Putin coldly rejected western efforts to “meddle” in Russia’s domestic affairs and called out the United States for its abuses of power in a fiery 2007 Munich speech, many were quick to invoke “new Cold War” rhetoric. But the Russian leadership changed (sort of), so did Washington’s, and Dmitry Medvedev and Barack Obama heralded a “reset” in relations that yielded results: civilian nuclear energy agreements, Russian assistance to NATO supply lines through Central Asia, limited cooperation on counterterrorism, and foreign investment in Russia. Perhaps shared interests were enough to enable a relaxing of tensions akin to a modern day détente, of sorts. But memories of Cold War 2.0 were never far away, and when Putin returned to power, relations soured again.

It is hard to resist the temptation to blame this on Putin himself. But the reality is that the climate has long been chilly. Reflecting in 2008 on the “new Cold War” narrative pervasive at the time, Richard Sakwa wisely observed that the West has been unable to figure out what a “normal” relationship with Russia could and should look like, absent the burden of Cold War baggage.[1] It might be fair to say that we’ve never really tried. We operate in a political environment fraught with an inability to accept Russia’s differences as non-threatening. This appears to work fine when interests are shared and things are going well. The reset button that Secretary Clinton gave to her counterpart, Sergei Lavrov, was welcomed in 2009. But interests diverged; Russia’s 2014 actions in Crimea were swiftly compared to Hitler’s actions in Czechoslovakia circa 1938. It appears as though when relations “hit a snag,” which they seem certain to do, the language quickly darkens, a “new Cold War” is invoked, and we effortlessly revert to an enemy image of Russia.

“The West has been unable to figure out what a ‘normal’ relationship with Russia could and should look like, absent the burden of Cold War baggage.”

To be clear, the point here is in no way to defend Vladimir Putin. Since annexing Crimea, Russia has emboldened its support for Bashar-al Assad, and has endeavoured to influence elections in numerous western democracies. Almost weekly, new information comes to light about the scope of Russia’s efforts to influence the 2016 US election, as well as its alleged collusion with Trump campaign officials. These efforts have, and will continue to have, grave consequences for Russia-US relations, although these may be more deeply felt at a later date, once the full extent of the alleged collusion between Russia and Trump campaign officials is revealed. At the moment, relations appear to be in a holding pattern given the Trump administration’s apparent reluctance to retaliate against Russia, or meaningfully acknowledge its involvement in the election.

For now, it might be worth considering that, when it comes to how we imagine Russia, we can do better. The United States and its North Atlantic allies are no strangers to doing business with difficult regimes, without resorting to the language of war. The invoking of the Cold War narrative risks isolating Russia rather than finding any common ground. And as Robert Legvold rightly notes, a chief lesson of the original Cold War was that greater success came from engagement rather than isolation.[2] He wisely endorses a strategy of restraint in relations with Russia.

Consider for a moment that the original Cold War was a war of both values and interests. Finding common ground was difficult when we believed that the Soviet Union was an evil place, its leadership emboldened to do terrible things in the name of malevolent ideas, all the while looking to expand its network and confront democracy at every turn. This was met with a policy of fear and containment. But when we began to understand the Soviet Union as motivated by interests, it was easier to recognize their goals and find common ground with which to manage the relationship. This was the era of nuclear treaties, restraint, and, toward the end of the Cold War, even limited empathy. This was how the west negotiated its relations with the USSR and the end of the Cold War.

“Russia is imagined either as a partner or as an enemy; there is little space for any alternative.”

In its wake, the west denied Russia’s place as a major power, and as a consequence, delegitimized its interests. A choice had to be made about how to conceive of Russia: it was either friend or foe. There was no space in-between. The problem is that this was a false choice, but has framed how western leaders and thinkers have imagined Russia for decades. Russia is imagined either as a partner or as an enemy; there is little space for any alternative and little willingness to consider a better way forward for Russia-US, or Russia-West relations. When Russian and Western interests align, Russia is a friend. When Russia resists western initiatives, or acts self-interestedly in ways that do not align with the West, it is labelled a foe, the language of war resumes, and “new Cold War” language is invoked.

Initially it was assumed that if Russia was no longer an enemy of the West then it must be a friend, yet little effort was made to consolidate that friendship, what with the perpetual expansion of NATO and talk of moving ballistic missiles to Russia’s borders. Russia was not permitted to assert its own national interests, especially if they did not align with Western ones. Essentially, Russia’s interests were delegitimized, actively, in these policy decisions. Initially, Russia was too weak from its economic and political transformation to resist. But when it was able, Russian resistance to the presumptive dominance of Western interests has been met with instant diplomatic reprisal and the enemy image of Russia returned. Overtures made to Russia were quickly rescinded (e.g., suspension of the NATO-Russia Council in 2008 and again in 2014) and a “new Cold War” was heralded – twice. The first “new Cold War” experienced a détente 2.0,[3] of sorts, during the “reset,” but post-Crimea, the new Cold War narrative has returned.

The impulse currently is to disengage from Russia; however, this is risky, just as it was in the original Cold War. Escalation is only enabled when we disengage from Russia. In fact, Putin may benefit from an escalation of tensions and the return of the enemy image of Russia. His domestic popularity surges when he takes on the United States and defends his nation from Western Russophobia. Understood this way, a return to Cold War may just empower Putin further and in this scenario no one wins. So the challenge for this new, new Cold War is to avoid disengaging; the original Cold Warriors learned this in time. For now, it might be worth considering that the labels we use – how we imagine Russia – matter. Labelling Russia an enemy with whom the West is locked in a new Cold War renders diplomatic cooperation in areas of shared interest impossible, it may help Putin more than it helps the West, and it stifles opportunities to think creatively about Russia-West relations.

Kari Roberts
Kari Roberts is a Senior Fellow at the Canadian International Council. She is also an Associate Professor of Political Science in the Department of Economics, Justice, and Policy Studies at Mount Royal University in Calgary. Prior to joining MRU in 2009, Dr. Roberts was a Senior Policy Analyst at the Canada West Foundation (2005-2009). Dr. Roberts received her doctorate in Political Science from the University of Calgary and her MA and BA in Political Studies from the University of
Manitoba.

Dr. Roberts’ research primarily concerns Russia-US relations, notably the domestic influences on Russian foreign policy toward the United States; she has also written about Russian interests in the Arctic. More recently, Dr. Roberts has been investigating the presence of Russophobia in the American foreign policy calculus, and its impact on decision making in the post-Cold War era. 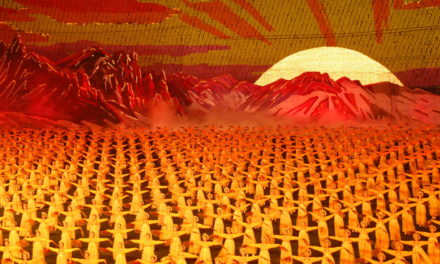 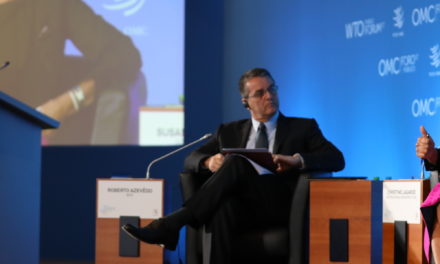 What does gender mean at the WTO, and who benefits? 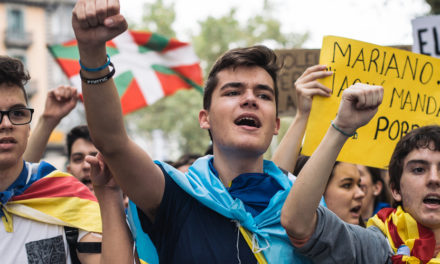 Breaking Up is Hard to Do 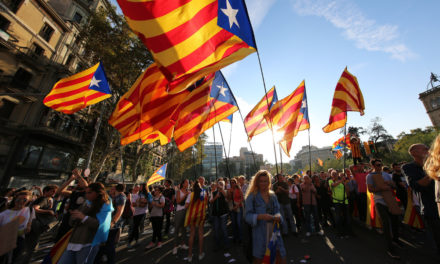 Catalonia: Dissecting the Roots of the Crisis