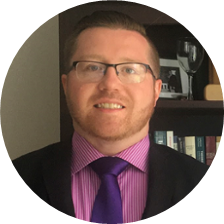 My name is Adam P. MacDonald, and I am currently a PhD candidate in the Political Science Department at Dalhousie University. I  recently finished an 18-month tour as the Deputy-Director of the Centre for the Study of Security and Development at Dalhousie University (https://www.dal.ca/faculty/arts/politicalscience.html). I am privileged to work with a number of great professors and graduate students who are doing important, innovative and impactful work and whose support to me over the years has been tremendous. I am, also, a member of two Department of Defence funded academic networks – The Defence and Security Foresight Group (https://uwaterloo.ca/defence-security-foresight-group/) and the North American and Arctic Defence and Security Network (https://www.naadsn.ca/). As well, I regularly post and comment on Twitter – @adampmac – on Canadian military and foreign policy issues.

I was born and raised in the small town of Stayner, Ontario until I joined the Canadian Armed Forces as a Naval Warfare Officer when I was seventeen years old. Over my fifteen-year career I have worked in command headquarters, force support functions and deployed operations as well as earned a BA in Political Science from the Royal Military College of Canada and a MA in Political Science from the University of Victoria.

The overarching motivation of my doctoral work concerns understanding the return of great power competition as a central feature of international life and its impacts on Canadian security and prosperity. First, my work seeks to understand American decision-making towards China and Russia in the transition to the post-Cold War era in order to explain the differences in approaches taken towards each, how these became entrenched policy, and to what degree this contributed (or not) to the souring of these relationships. Second, my research explores the impacts of the burgeoning strategic competition between China and the United States on Canada, including how Ottawa can work with other secondary powers to mitigate the excesses of this rivalry and the unique challenges both great powers present to the changing political and security dynamics in the Arctic and East Asia.

During my Fellowship I will be producing a series of short written and audio pieces – and hopefully organizing a (virtual) conference – exploring Canada’s relationships with both China and the United States in the context of their growing great power rivalry, producing assessments and recommendations of how Canada should move forward in political, economic, defence and foreign policy domains.

In closing, I want to thank the CIC for selecting me as a Fellow. I am really looking forward to contributing, in an open and hopefully engaging way, to important and much needed debates about the future of Canadian foreign policy in an increasingly changing and uncertain international environment.

Adam P. MacDonald
Adam P. MacDonald is a CIC Fellow and a current PhD candidate in the Political Science Department at Dalhousie University. He recently finished an 18-month tour as the Deputy-Director of Dalhousie’s Centre for the Study of Security and Development. As part of his fellowship, Adam will explore Canada’s relationships with both China and the United States in the context of their growing great power rivalry.