The UN was built with the hope of maintaining global peace and security. 70 years and half a trillion dollars later – has it been effective?

Born out of the vestiges of World War II, the United Nations was built with the great hope of maintaining global peace and security. Over 70 years and more than half a trillion dollars later, many would question whether it has been effective. The Security Council remains dominated by five countries and has proven resistant to reform. Wars in the Middle East continue to rage on, with the worst humanitarian crisis of our time unfolding with little international attention in Yemen. The number of people living in absolute poverty has decreased, but wealth inequality has also increased at an alarming rate.

Has the U.N.’s intended vision been realized? Is a tool born out of WWII able to face the challenges of the 21st century?

There will be a panel of three expert judges, as well as a ‘splitting of the house’ where audience members will be be asked to vote on who they believe presented the stronger arguments and defended their position the best. The debate will be followed by a catered post-reception.

Tickets are free. Please reserve your spot on Eventbrite.

Please note that in order to guarantee your spot, you must arrive by 7:00PM. Doors open at 6:30PM.

If you have any accessibility questions or concerns, please email marco.adamovic@utoronto.ca. 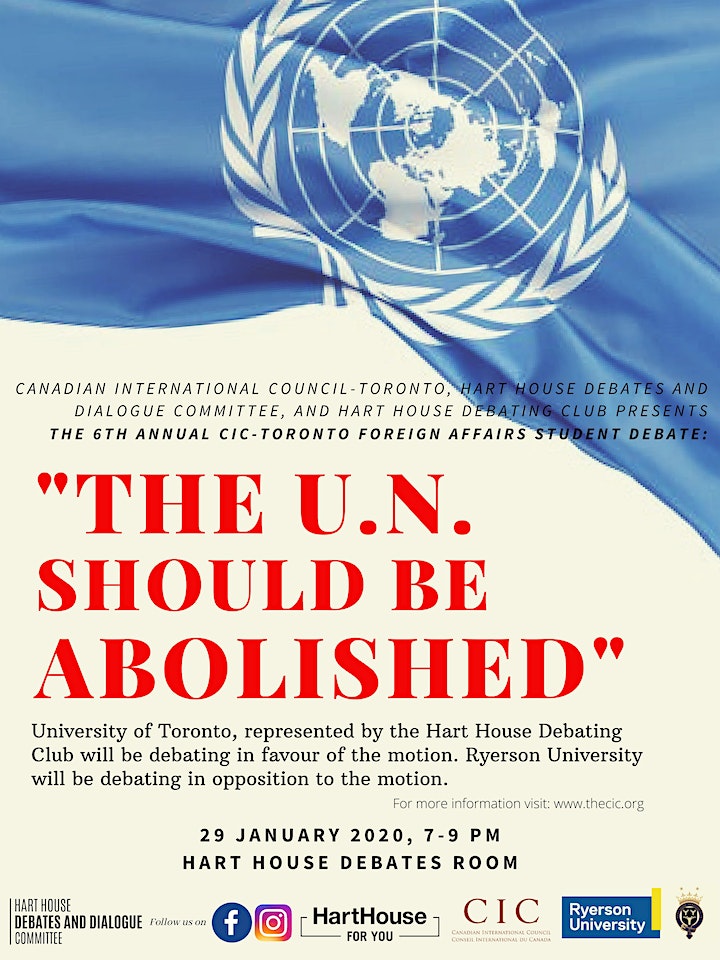