Darroch and Diplomacy: When ‘Persona non Grata’ is a Badge of Honour

Did the ambassador’s reportorial vanity lead him to underestimate the venality and rage that has infected government circles from the Brexit mess? 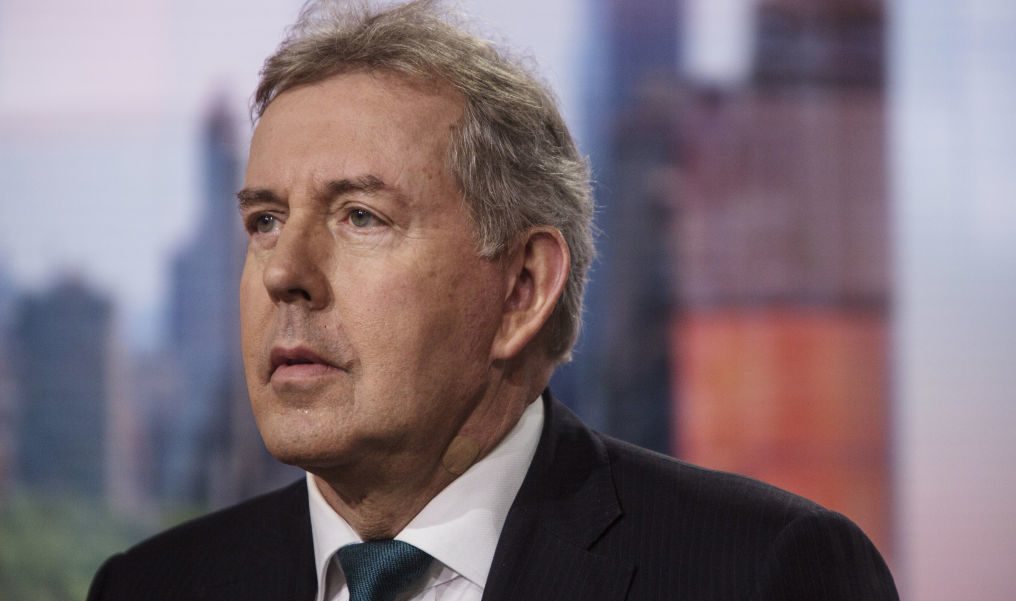 Former UK Ambassador to the US: Sir Kim Darroch

In partnership with SAGE Publications, one article of key significance from every new issue of International Journal is chosen to be featured in the IJ Spotlight Series. The unabridged version of this article was originally published in Vol. 73 No. 1.

The 17th-century British politician and diplomat Sir Henry Wotton’s most enduring legacy was his observation that “An ambassador is an honest gentleman sent to lie abroad for the good of his country.”

While the comment was meant wryly, the controversy over the leaked cables of Sir Kim Darroch, now-former British ambassador to the United States, about President Donald Trump reminds us that the most critical task of an ambassador is to tell his/her foreign minister and prime minister in confidence the unvarnished truth about the country he/she has been sent to, including about its leaders.

There should be no shock at Darroch’s description of Trump as insecure, erratic, essentially unreliable in relationships, surrounded by fawning sycophants; we read it every day. As the caption on a cartoon by BANX in the Financial Times of a couple reading the news put it, “I thought calling Trump inept was rather diplomatic.”

Darroch, who resigned Wednesday in a letter to the Foreign Office saying “The current situation is making it impossible for me to carry out my role as I would like,” wasn’t just calling things as he saw them. He was warning his readers in the Conservative, Brexit-bent Government that they shouldn’t count on Trump to be Britain’s best friend in need when the chips are down. It will always be “America First.”

A more cogent warning on a more important issue to Britain could hardly be offered by an ambassador. That it was leaked by pro-Brexit activist/journalist Isabel Oakeshott, who ghosted Brexit financier Arron Banks’s 2016 referendum memoir The Bad Boys of Brexit, indicates that the intent was to undermine opposition to a no-deal Brexit from the UK Embassy, the civil service, Theresa May, and any opponents to the prospective succession of Boris Johnson to Downing Street.

The destructive leakers who wished to promote closer ties to Trump for themselves and to boost Johnson risk costly unintended consequences — a povoked British patriotism against a bully, with Trump pet Johnson looking like he’ll substitute rule from Brussels with rule from Washington.

If Darroch made a mistake it was not in what he wrote. It may have been in not limiting to a narrow few the number of his readers. Many ambassadors are frustrated writers who hanker for a wider audience but have to write to their private network. They persuade themselves that their full community of ministers and officials will benefit from knowing just how plugged in and perceptive their envoy is. But they must accept that distribution is nonetheless on a “need-to-know” basis for even the most important and explosive matters.

I can’t consult Darroch’s distribution list but it’s obvious it included at least one destructive person too many. Did the ambassador’s reportorial vanity lead him to underestimate the venality and rage that has infected government circles from the Brexit mess? The reports he was writing on Trump should have been for the eyes of the people he really worked for, the PM and her top advisers, the foreign minister, the cabinet secretary and a few others. No doubt they read them with relish. Others, apparently, read them with an agenda — of political disruption, personal resentment and/or a thirst for destructive revenge.

The impact has led to a typically grotesque slew of insults from Trump, who called the ambassador “wacky,” “foisted upon the US,” “not someone we are thrilled with, a very stupid guy,” and, most ironically, “a pompous fool.” He again insulted Theresa May, who on the eve of her departure as PM seems to have decided she has had enough of Trump. His rudeness and arrogance toward her, including during his visits to the UK, have crossed the line in precisely the ways Darroch has described. Sir Kim was toast as ambassador from the moment the leak broke, of course. It’s not that big a thing, in that he was slated to retire soon. Being insulted by Trump is something of a badge of honour and he’ll get a better book contract out of it eventually.

Diplomatic reporting at the top has always commanded the interest of leaders. Some of the curiosity is recreational. Prime ministers and presidents usually have a slew of woes and parochial and partisan worries at home. Reading the inside dope on other leaders’ salacious lives, vanities, and vulnerabilities lightens the burden and places discomfort in perspective. But a higher policy purpose than entertainment is involved. Ambassadors are primarily tasked with advising on how to build strategy and tactics to advance national interests in a relationship that matters. How should we pitch our case to this leader? How to connect to his/her interests or eccentricities? What are the issues that offer opportunities?

Personal relationships matter immensely at the top. When they are good — say in the case of Mulroney-Reagan or Chrétien-Clinton — the warmth is radiated and rewarded all the way down. Doors open and things happen. When relationships are mutually suspicious — say Pierre Trudeau-Nixon or Harper-Obama — the friction is replicated by officials. When the boss refers in a staff meeting to a foreign counterpart as “that S.O.B.” the word gets around town surprisingly fast. Access for the ambassador and his colleagues shrinks while host country officials dutifully put projects with that country on the back burner.

Ambitious ambassadors in major relationships naturally prefer their boss at home to be a favourite with the leader they are accredited to. It amps up their own prestige in the local pecking order. If the important personal relationship is rocky, they try identify some redeeming common ground.

An excellent example was Ambassador Allan Gotlieb in Washington telling Pierre Trudeau in 1983 that he should appeal to Reagan’s wish to be seen as a man of world peace instead of as a hard-line ideological warmonger, an image conversion project that Gotlieb knew was dear to Nancy Reagan’s heart. Trudeau played his part well and though I wouldn’t claim he was responsible for putting Reagan on the path to an eventual understanding with Soviet leader Mikhail Gorbachev that would end the Cold War, it did help to keep the Reagan-Trudeau relationship warm enough, and much warmer than many in Reagan’s entourage wanted.

But sometimes an ambassador has to set aside his wish to be on the local A-list and tell his bosses back home the truth about the guy in power — that he lies, that he is not really to be trusted, that he is paranoid, vain, and ultimately dangerous. Navigating that line between transmitting geopolitically invaluable truth and risking personal stock with the local regime if your views become known is a crucial element of diplomacy.

Wikileaks showed us how the US ambassador in Tunis — a professional foreign service officer — made it clear President Zine el Abidine Ben Ali was a venal and corrupt authoritarian whose son-in-law sent a private jet to Nice to pick up ice cream for palace fetes featuring a live tiger on a chain. The ambassador cautioned the US to maintain distance, that he was doomed (he was ousted in 2011). I think of my friend Sir Brian Donnelly, who was successively British ambassador to both Yugoslavia under Milosevic and Zimbabwe under Mugabe, and who became persona non grata to each dictator for not marketing at home the leaders’ grievances from Belgrade or Harare with sufficient sympathy. Dictators blacklisting truth-telling diplomats is not new. An American president doing it is.

The highest act of professional duty is that of a top-tier ambassador who has immense prestige in a capital who nonetheless tells the boss back home the inconvenient truth that the leader we count on is on the ropes psychologically or that his support is breaking down, and that noble ambitions for a beneficial improvement in the relationship have to be reshaped to address the problem. I think of the US ambassador to Moscow under Reagan and George H.W. Bush, Jack Matlock, who understood Gorbachev and the pressure he was under but who didn’t become his unqualified advocate.

The Darroch episode is of that quality of service.

The US has the attention span of a fruit-fly these days, but they should think hard about the damage that Trump is doing; Darroch didn’t cause it. Like the zoologist he once studied to be, he reported the evidence, maybe too widely, but accurately and right on time. We laugh it off at our peril.

Jeremy Kinsman is a former Canadian ambassador to Russia, the UK and the EU. He is affiliated with University of California, Berkeley, is a Policy Magazine contributing writer, and is a distinguished fellow of the Canadian International Council.