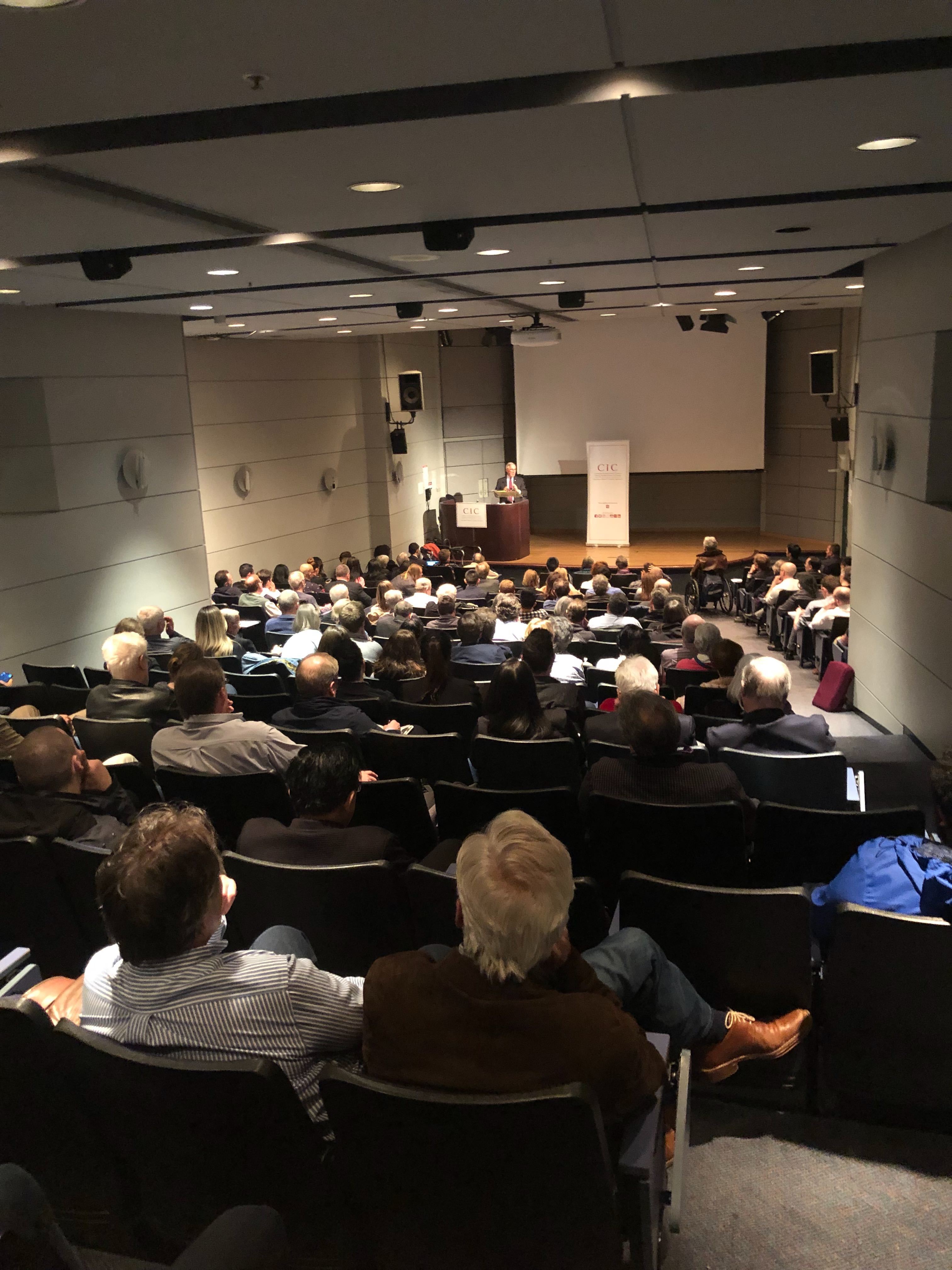 On 2 April 2019, CIC Vancouver held its third public speaking event of the year. The speaker for the event was Mr. Richard Fadden, a former National Security Advisor to the Prime Minister (2015-16), Deputy Minister of National Defence (2013-15), and Director of the Canadian Security Intelligence Service (2009-13).

Mr. Fadden provided a practitioner’s perspective on the national security threats facing Canada and the future challenges facing the country’s policy makers. The large audience, the biggest ever for a CIC Vancouver public lecture, is a clear indication about the local demand for realistic, if not difficult, discussions about Canada’s security future.

• Both China and Russia are revisionist states. As such, Canada needs to be realistic about the threat that they pose to the international order. While war with China is not inevitable, we will need to find a way of countering it without bankrupting our social and political values. Unlike China, Russia can be contained. Russia’s aggressive foreign policy posture included hybrid threats (ie., election interference, targeted assassination) is de-signed to fragment the western alliance system. For Canada, this probably means engag-ing the United States on missile defense – which Ottawa largely avoided.

• Cyber-related threats do not recognize national borders. Although the cost of cyber-crime (ie., ransomware, espionage) amounts to hundreds of millions of dollars annually, Canadians generally don’t feel threatened. This ambivalence and the federal government’s reticence to share relevant intelligence with security-cleared stakeholders in the private sector, raises our collective vulnerability.

• Terrorism is not going away. In recent years, tens of thousands of ISIS fighters have dispersed from the battle fields of Syria and Iraq. Although a terrorist attack like the 9/11 airline hijacking is unlikely, right-wing extremism in Canada is growing. Addressing the underlying causes of homegrown terrorism and radicalization needs to be a priority, notwithstanding the absence of a “silver bullet.”

Canada confronts an increasing complex and uncertain world. As a lower middle-ranking power, Canada has less ability to influence international events than it did a generation ago. In the absence of a comprehensive foreign policy approach supported by robust operational and national defense capabilities, Canada could face even greater uncertainty moving forward.

Over the course of his distinguished federal public service career, Mr. Fadden worked in a variety of capacities. He held various positions with the Department of External Affairs, the Office of the Auditor General of Canada, Natural Resources Canada and the Treasury Board Secretariat. Mr. Fadden holds a Graduate Diploma in Law from the University of Ottawa, a Bachelor of Laws from the Université de Montréal, and a Bachelor of Arts (Political Science) from McGill University. He is originally from the province of Quebec.