CIC Fellow Featured in World Policy and The Mantle

CIC Senior Fellow Amarnath Amarasingam was recently published in the World Policy Blog and The Mantle. His work examines the dangers of the convergence between far-right political movements, particularly the identitarian movement. Amernath and co-author Jacob Davey write: “Our research suggests that the identitarian movement is worrying in particular because it represents an increased cohesion in far-right ideology globally, and a growing connectivity between different groups. Counter-jihad groups across Europe are increasingly teaming up with identitarians and Eastern European neo-Nazis. Where previously these groups were disparate and often opposed to one another, their convergence on common goals suggests a new preparedness to work closer together, and an increasingly unified worldview.” 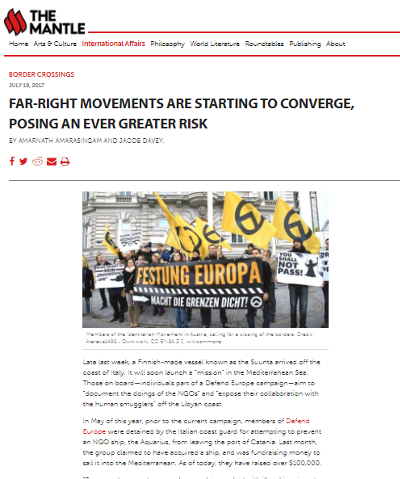 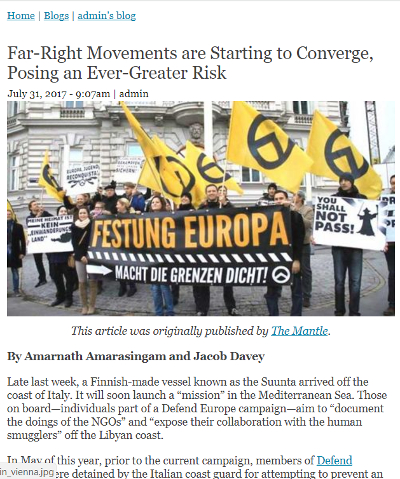