CIC Event on Syria Featured in The Anglican

On October 16, 2017 the National Office of the Canadian International Council hosted an evening discussion with the Reverend Nadim Nassar, Director of the Awareness Foundation and tireless advocate for the rights and welfare of Christians and other minorities being attacked and displaced in Syria, Iraq and other Middle East countries. Reverend Nassar, who travels frequently inside Syria and Iraq where few from the West can go, says his objective is to “work with those who cannot leave the region for many reasons, and to contribute to the ultimate healing and strengthening of the fabric of Middle Eastern society”.

Among the local media coverage of the event was The Anglican, in which Diana Swift reported on the discussion with Reverend Nassar in her December 2017 piece “Priest sheds light on Syria“. 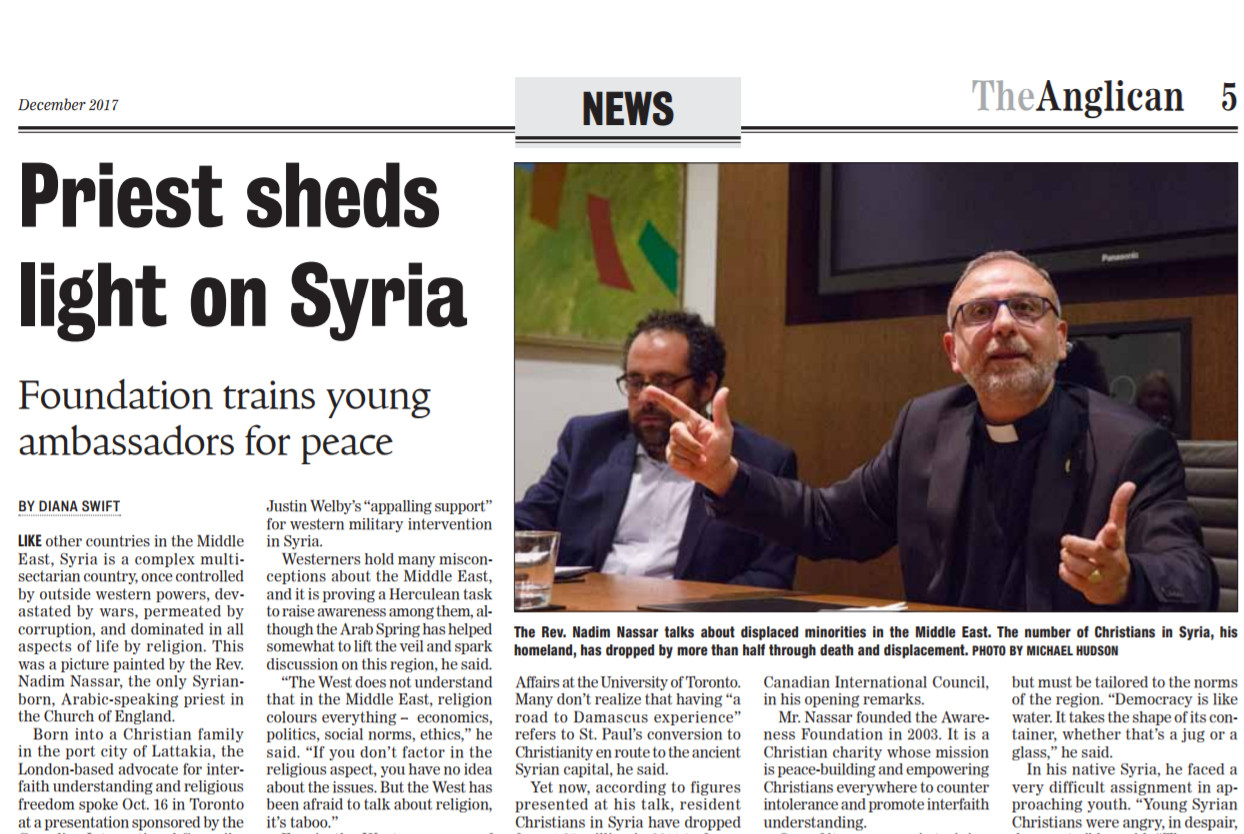