On May 10, 2018, the National Capital Branch of the Canadian International Council hosted Peter Boehm, Deputy Minister for the G7 Summit and Personal Representative of the Prime Minister.

Canada assumed the G7 presidency on January 1, 2018, which entails hosting the Leaders’ Summit in Charlevoix, Quebec from June 8-9. As host of the G7, Canada has a unique opportunity to initiate and advance policy discussion and initiatives among G7 members. In preparation for the G7 Summit, Canada is engaging stakeholders to seek their input on this year’s G7 agenda and themes: gender equality and women’s empowerment; climate change, oceans and clean energy; economic growth that works for everyone; preparing for jobs of the future; and building a more peaceful and secure world.

While speaking to the CIC, Boehm was posed tough questions, such as “are we into a six-plus-one dynamic?” from Mr. Boehm’s former GAC colleague Sandelle Scrimshaw. The event’s question and answer period saw a lively debate over the viability of the G7 system with a U.S. President out of lockstep with other country leaders on issues from trade to climate change.

Coverage of the event – and the difficult issues confronting the G7 – are discussed in the May 14 issue of The Globe and Mail. 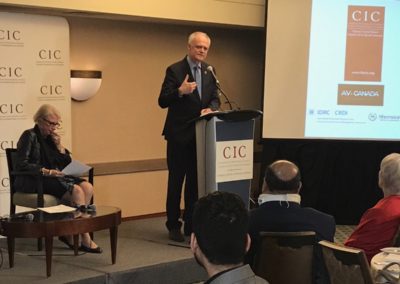 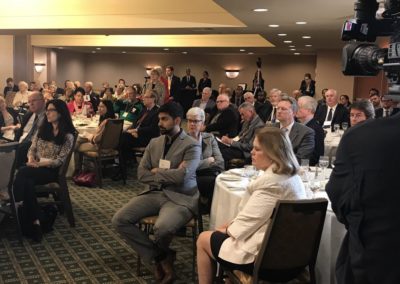