Canada must honestly examine how despite tensions with China, it can improve its commercial success to address the systemic trade imbalance. 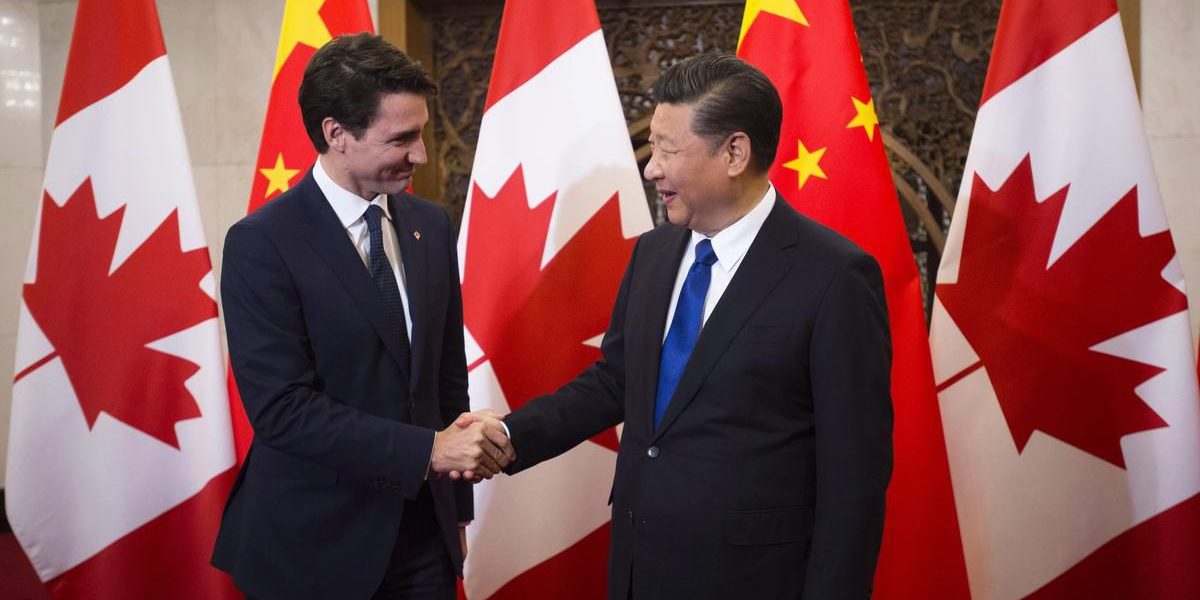 Parliament, under the leadership of Conservative Foreign Affairs Critic Erin O’ Toole voted to form a special China committee to review all aspects of the Canada-China bilateral relationship.

The committee should include in its mandate a larger framework to quantify the positive and the negative aspects of China’s foreign, economic and security policies globally. Canada’s bilateral relationship should also seek to understand how it integrates with the United States, the European Union and regional partner’s concerns about China. Canada should also be asking – what can be done to end, or slow down, the scope of destruction triggered by a cold war mentality towards China?

The main tactical task of the committee should be to quantify the government, private sector, academia and civil society resources that exist in Canada that can be used to engage with China. After determining if these resources are sufficient, the committee should propose ideas on how to reallocate existing or new resources that are available with which to engage China. A key goal of that allocation should be to diversify federal government spending so that industry associations, civil society entities and a wider variety of federal players, including but not limited to BDC, EDC and the Bank of Canada, are allocated resources to post people in Greater China.

Canada must then honestly examine how despite tensions, it can improve its commercial success to address the systemic trade imbalance. Part of the solution will be for Canadian technology, consumer goods and clean-tech firms to move away from trade missions, and towards putting people on the ground. The Canadian government should better triage exporters and build a stable of winners. Less attention should be paid to the Canadian brand and instead more to the specific value-added proposition of a company or product. The most important trade policy goal should be to convince the United States to revitalize rather than suppress the WTO. Canada must also convince China that compliance with the WTO is in its own domestic and global economic aspirations.

A special fund to promote civil society engagement with China should be considered. This could include China-focused funding for Citizen’s Lab, Bird Studies Canada, or restoration of training projects for judges. A key part of the design of these projects should be to seek global funding including within Greater China, and the Chinese speaking community in Canada in order to build a wider variety of civil society touchpoints.

Canada must choose to fully engage and lead on one or more major areas of global significance. These include expanding Canadian economic ties with its Arctic Council partners, a massive undertaking on several fronts to ensure that Myanmar’s slowed transition to a liberal democracy is reinvigorated in tandem with a Canadian led global economic commitment, a development assistance budget in the billions directed at Central America, or working with the support of the United States and China to use the UN as a platform t0 coordinate peace and reform in North Korea.

This committee may be able to adjust Canadian-Chinese relations in a way that mitigates current tensions, but this will be difficult if the committee is overtly political. In some sense, there is a comfort in that Democrats and Republicans in Congress agree on China. However there is also reason for caution because making the China file partisan risks pushing the nature of the debate away from a global perspective towards a parochial one.

Canada needs not only to invest in resources but also to change its mindset in order to have better independent policy analysis of the trends within China. These trends should be presented for consideration to Parliament, government, media, industry and civil society before they arrive on Canada’s doorstep.

The Liberal Party, or in other words the Government of Canada, voted against this committee. In one way, it is logical to keep the discussion of China within the doors of the existing Foreign Affairs Committee. Canada’s bilateral relationship with China is interwoven into all of our foreign, economic and security policy objectives.

At the same time, it is the mandate of the opposition parties to hold the Government of Canada accountable and so the motivation to create this committee is also sound. The success of our democracy, economy and the empowerment of Canadians is our ultimate slingshot towards a global trend that strives to protect political and economic elites from accountability. If we are to hold our allies and our competitors accountable we must practice that process at home.

John Gruetzner  has been engaged with China since 1982 and worked there in a number of capacities. He is also Head of the Fund Raising Committee for the China Policy Centre being formed in Ottawa. These are his personal views.