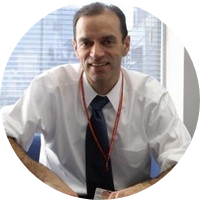 Renald Grégoire is a former Foreign Service Officer with the Department of Immigration, Refugees and Citizenship Canada. He joined the Foreign Service in 1990 and spent 25 years of his career serving overseas. He was posted as an immigration officer at the Canadian embassies in Port-au-Prince, Manila, Hong Kong and Belgrade; then as an advisor / manager of the immigration program at the Canadian embassies in Buenos Aires, Tokyo, Pretoria, Bucharest and Vienna.