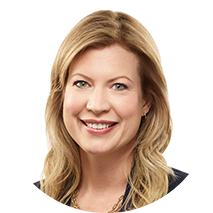 Martha is a lawyer specializing in international trade.

Martha Harrison is a partner in the International Trade and Investment Law, and Retail and Consumer Markets Groups at McCarthy Tétrault LLP, based in Toronto. She received her LLM from The University of Toronto in 2005, her LLB in 2001 from the University of Windsor, and her M.A. and her B.A. from York University in 1998 and 1997 respectively. She was called to the bar in Ontario in 2002.

A former adjunct professor of international arbitration at Queen’s University and MBA sessional instructor at DeGroote School of Business, Martha regularly speaks on matters related to trade, consumer regulation and international arbitration. She was also selected by the Government of Canada to be listed on the roster of arbitrators to serve on panels established under Chapter 19 of the North American Free Trade Agreement (NAFTA). In 2013, she was named one of Lexpert’s Rising Stars: Leading Lawyers Under 40 and is widely recognized as a leading Canadian international trade lawyer by a number of industry and peer-review directories.