Engaging Canadians in the World Since 1928

Borden was appointed by the group as the inaugural chairman of the fledgling institute, which initially comprised five branches and 144 members. Embedded in the CIIA’s constitution were two fundamental bylaws: First, that the purpose of the CIIA was “To promote a broader and deeper understanding of international affairs and of Canada’s role in a changing world by providing interested Canadians with a non-partisan, nation-wide forum for informed discussion, debate and analysis.” And, second, that membership in the organization should be confined to British subjects. While the second bylaw was eventually annulled, the original purpose of the organization set out almost nine decades ago has remained steadfast. 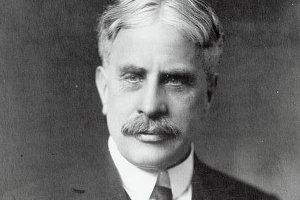 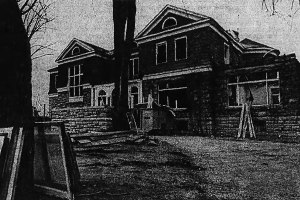 The founding of the CIIA was motivated by the experience of World War I and growing Canadian assertiveness and independence on foreign affairs. Despite Canada’s coming of age on the world stage, the CIIA founders were concerned by the level of political apathy and ignorance of international affairs in the Canadian public and saw the CIIA as a potential remedy. The CIIA was an attempt, as one scholar later put it, to “enlighten” Canada’s foreign policy. The CIIA was an outgrowth of two other organizations, the Royal Institute of International Affairs (RIIA) in Great Britain (present-day Chatham House) and the US-based Institute for Pacific Relations (IPR) (which dissolved in 1960). In fact, the RIIA recognized the CIIA as an official affiliate organization at the time of its founding, with the CIIA initially sending half of all membership proceeds to the RIIA to support its research program.

What distinguished the CIIA from the RIIA and the IPR, however, was that it was a genuinely national organization with a branch structure that allowed regional differentiation in programming. The original five branches were located in Montreal, Ottawa, Toronto, Vancouver and Winnipeg. The number of branches would fluctuate over the years, hitting a high-water mark of 26 in the late 1980s (comprising roughly 3,000 members countrywide). However, the founders of the CIIA also envisioned it as playing a critical role in preparing Canadian leaders to participate effectively in international conferences and forums, through the preparation of rigorous research and analysis of key issues. A generous grant by the Massey Foundation in 1932 allowed the organization to develop this standing research capacity with the formation of a permanent national office in Toronto. Escott Reid, who would later become a distinguished Canadian diplomat who helped shape the United Nations and North Atlantic Treaty Organization (NATO), was appointed as the CIIA’s first full-time national secretary in 1932, a position he held until 1938.

The CIIA used funding from the Rockefeller Foundation, the Ford Foundation and the Carnegie Corporation from 1936 to 1955 to drive the growth of the organization, expanding its research and public education programs and recruiting a roster of prominent foreign policy specialists. The institute played host to some of the most contentious foreign policy debates of this era, from Canada’s decision to enter World War II to the country’s role in shaping the post-World War II global order. However, the CIIA never strayed from its independent and non-partisan roots.

In the 1940s, the CIIA began producing publications. In 1940, it launched an international affairs magazine called Behind the Headlines, which featured timely commentary and analysis on Canadian foreign policy issues intended for a general audience. By the 1990s, it would evolve into a quarterly policy paper series. In 1946, the institute launched International Journal, an academic publication combining brief, policy-relevant articles with longer, peer-reviewed, scholarly assessments of interest to foreign policy makers, analysts and academics in Canada and around the world. The quarterly journal was intended from the outset to provide a platform and outlet for informed Canadian views on international affairs, and it rapidly became the pre-eminent Canadian academic periodical in the field.

The organization has long maintained a constructive relationship with the Canadian government, offering innovative analysis and providing a forum for free and open interchanges with the public on international issues. Beginning in World War II, a close relationship based largely on personal contacts developed between the CIIA and the Department of External Affairs. A steady stream of institute leaders, from Escott Reid and John Holmes in the early decades to Alan Sullivan and Barbara McDougall in more recent times, had careers that included stints in senior posts in the government foreign policy establishment. The CIIA and its successor have also provided a venue that has attracted major speakers, including prime ministers, foreign ministers and heads of international organizations. 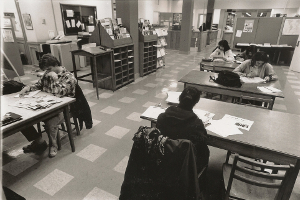 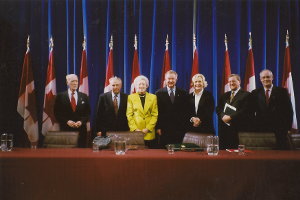 In June 2006, the CIIA entered into a partnership with the Centre for International Governance Innovation (CIGI) to create the CIC, a single umbrella organization to promote public engagement with Canadian foreign policy and international relations. Supported by a $1-million donation from Jim Balsillie, then co-CEO of Research In Motion (RIM), in September 2007, all CIIA operations were incorporated into the CIC.

Perhaps the most distinctive characteristic of the CIC has been its ability to embrace the digital era, recognizing the ways in new technologies have impacted both how international relations are conducted and how a public affairs organization should operate. The CIC was the founder of the popular OpenCanada.org web platform, which remains a major contributor to foreign policy dialogue in Canada and has attracted a wide audience. Other recent accomplishments have included a groundbreaking study of Canada’s international role and priorities entitled, “Open Canada: A Global Positioning Strategy for a Networked Age.”

Activities at the national level have been complemented by a diverse array of branch programming, ranging from lectures by visiting speakers and study groups, to youth career fairs and pub nights. With the CIC’s ninetieth anniversary fast approaching, the council is moving with the times, but is ever mindful of its founders’ commitment to increase and deepen public understanding of Canada’s place and potential in the world. Today, there are 15 CIC branches across the country that together organize roughly 100 events each year. The national office supports branch activities and manages the institute’s active research, publications and outreach programs. 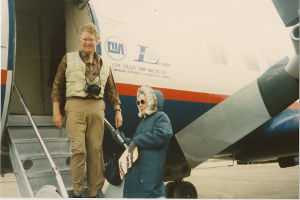 Study Tour in the Arctic. CIIA 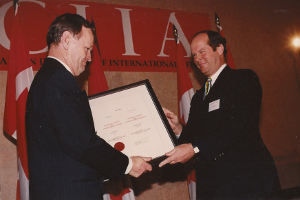 In this period of global uncertainty and interconnectedness, the mission of the CIC has never been more relevant and important. In 1946, in the foreword of the first edition of the CIC’s flagship publication International Journal, then president of the CIIA R. M. Fowler reflected on the continued importance of the organization and its role: “Canada has today an opportunity for leadership in world affairs…But to be able to grasp this opportunity there must be more than action by our political leaders. They must be supported by the informed and thoughtful public opinion of Canadians generally.” Canada faces a similar opportunity for leadership today and, as it has done over nine decades, the CIC will support this ambition through its non-partisan research and public engagement activities.