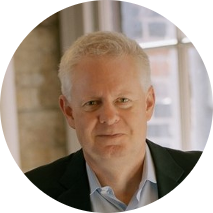 James Appleyard is a technology investor and entrepreneur, and not-for-profit board director.

As the Founder and president of Freycinet Ventures, James takes active positions in Canadian start-up companies that are developing ‘Technology for Human Progress’. Since 2013 Freycinet has invested in, and supports through mentoring and advisory roles, some fifteen entrepreneurial teams. Prior to its acquisition in 2013, James was CEO, chairman, and controlling shareholder of Artez Interactive, a leading software-as-a-service provider of fundraising solutions to not-for-profits in North America, Europe and the Pacific.

James received his B.A. from Trinity College, University of Toronto specializing in International Relations with a minor in English, graduating with Distinction.

He went on to study at the London School of Economics and Political Science, U.K., where he received his M.Sc. in International Relations and was a Fellow of Goodenough College. After the LSE, he worked for three years at the Canadian Institute of International Affairs (now Canadian International Council) where he organized CEO missions to Asia, Latin America, Africa and Europe. He completed an M.B.A. at the Rotman School of Management; James graduated Dean’s Honour List and was a Junior Fellow at Massey College. Also at that time, James served as a program officer with the Maytree Foundation, an innovative funder of anti-poverty and refugee settlement initiatives.

James is active in community service.  Currently he is vice-chair, and a trustee on the Board of The Gardiner Museum of Ceramic Arts, and chairs the museum’s Curatorial Committee. Recently, he was appointed a trustee of UK-based The Awareness Foundation, which is active on the ground in Syria and Iraq and whose aspiration is to help create conditions that will lead to peaceful co-existence between religious communities throughout the Middle East. James was a director, and chair of the board, of the Loran Scholars Foundation where he has participated in regional and national scholar selections for more than twenty years, and served as a mentor to several Loran Scholars. James lives in Toronto with his wife and their three children.